YATHAARTH VED has been written for inquisitive persons only. It is not for orthodox, superstitious and bigoted persons. 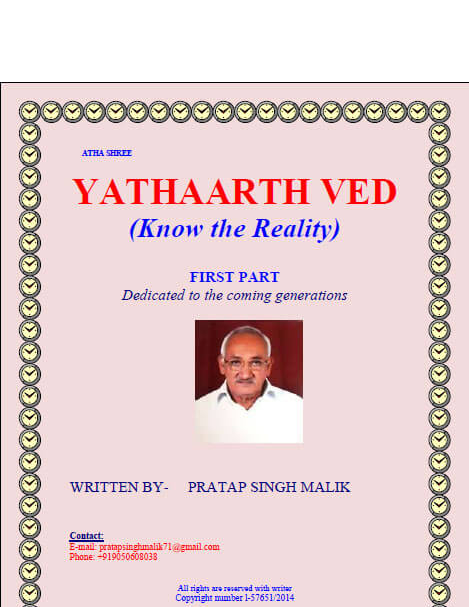 Your e-book In Simple Way

YATHAARTH VED has been written for inquisitive persons only. It is not for orthodox, superstitious and bigoted persons. 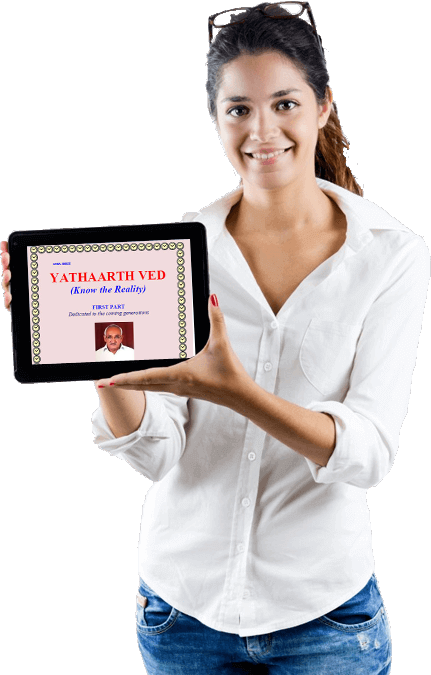 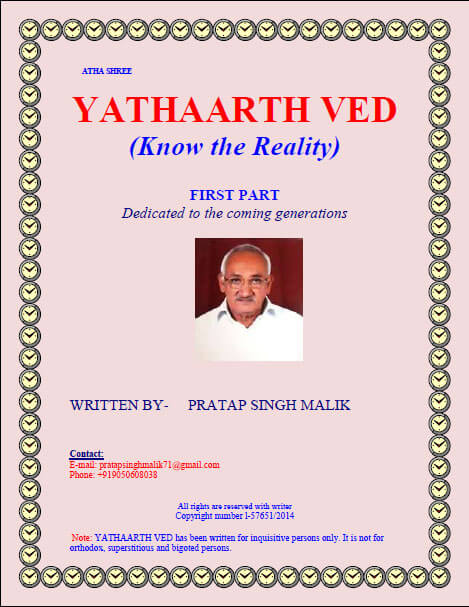 Dedicated to the coming generations

It is my nature to excogitate over controversial subjects or mysteries of the nature. I keep on contemplating on such subjects. I never think conventionally. I always think differently. I always try to find answers of questions according to nature. I don’t believe in blind-faith. I do not read any book except nature.

According to my view the truth or facts are always beyond or above controversies and that is acceptable to all. The fact remains unaffected from all challenges. After some time all the challenges get subsided. For example: - The people of medieval age assumed that the Sun and Moon were revolving around the Earth and the Earth was stationary. The Sun and the Moon were rising in the East, traveling in the sky and setting in the West. But in the sixteenth century the famous astronomers Copernicus and Galileo found through their observations and proved experimentally that the Sun was stationary, the Earth and other planets revolve around the Sun just like the Earth is stationary for the Moon which revolves around the Earth and proclaimed that their observations are true. From their proclamation the old and orthodox assumptions got a severe set back and the orthodox people put a strong opposition to their proclamation and called it against the religion and even termed it treason.